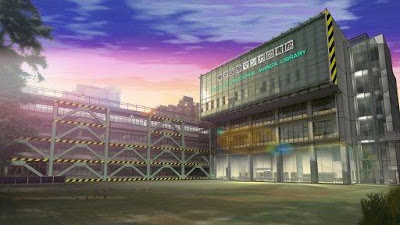 Anime and manga long ago outstripped such traditional art forms as Noh and Kabuki theatre, ikebana, the tea ceremony, and origami as japan's main cultural export to the world, so it's only fitting that they, along with other "otaku" pastimes like plastic modeling and video games, will be enshrined in what sound like an amazing facility at Tokyo's Meiji University.

The University has just announced that a five-story, 8,500 square meter facility dubbed the Tokyo International Manga Library will open in 2014 on its Surugadai campus in the Chiyoda Ward of the city. It's proposed that the Library will house nearly two million items from manga books (some dating as far back as the pre-War years), character figurines, animation cels, and game software.

Susumi Shibao, a librarian at the University was quoted as saying that, "Manga has been taken lightly in the past and there has been no solid archive for serious study. We want to help academic studies on manga as part of Japanese culture."

Prior to the defeat of the long-ruling Liberal Democratic Party in the summer's federal election former Japanese Prime Minister Taro Aso, who frequently voiced his love for manga, had planned on building a nearly ¥12 billion yen museum of manga, anime and Japanese pop culture, but the newly-elected DPJ government shelved the project. Thankfully Meiji University has stepped in to fill that gap.

Thanks to Anime News Network and the Agence France-Presse for this exciting news.
Posted by Chris MaGee at 3:58 PM