Yoshio Harada gets the blues 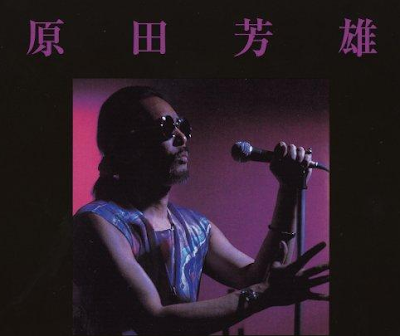 I sometimes have a hard time keeping track of the number of A-list actors in Japan who have moonlighted as pop singers. It's common knowledge that actresses like Anna Tsuchiya, Rie Miyazawa and Kyoko Koizumi and actors like Kenji Sawada and Akira Kobayashi have all had successful singing careers, but sometimes you get surprised. This is one of those times.

Yoshio Harada has had quite the career. From working with such legendary filmmakers as Shuji Terayama and Seijun Suzuki in the 70's and 80's to such high profile roles in Kazuo Kuroki's "The Face of Jizo" and Hirokazu Kore-eda's "Still Walking" amongst many, many others the now 70-year-old actor ahs become one of the most recognizable faces in Japanese film. It turns out, though, that Harada has released a number of albums in Japan including 1979's "Lazy Lady Blues". Here he is belting out the title track for the album backed up by The Downtown Fighting Boogie Woogie Band. I couldn't help noticing that those lovely backup singers don't actually do any singing though. Guess they're lazy.