Toronto IFF comes through by adding Miike, Nakashima and Sono to their 35th annual line-up 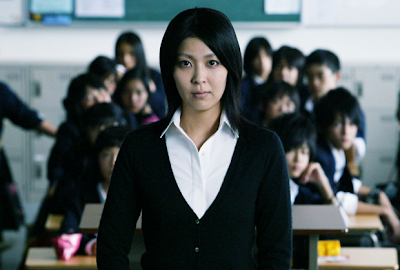 It was only last week that we at the J-Film Pow-Wow were bemoaning the fact that the number of films from Japan was a bit lacking at this year's Toronto International Film Festival. Call it impatience or just plain misplaced wish-fullfilment, but we should have had a bit more faith that the folks at TIFF would come through for all us Japanese film fans. Today the last of this year's 35th annual Toronto International Film Festival line-up was announced and lo and behold there amongst the films from around the globe were some of the biggest films that have come out of Japan and will be coming out of Japan this year.

Thirteen Assassins - Former cult film badboy turned blockbuster helmer Takashi Miike takes on the task of remaking Eiichi Kudo's 1963 jidai-geki adventure about a group of smaurai assissins bent on seeking revenge on a despotic lord. Koji Yakusho and Yusuke Iseya head up the all-star cast. (check out the trailer below.)

Confessions - "Kamikaze Girls" and "Memories of Matsuko" director Tetsuya Nakashima takes a decidely drak turn in this story which stars actress Takako Matsu (above) as a middle-school teacher whose daughter has been brutally murdered. When she suspects two of her students of committing this heinous crime she sets out to avenge the death of her child.

So it's with a huge of relief and now quite a bit of anticipation that we look forward to yet another Japanese film-packed Toronto IFF next month. To see all the films that will be screened here in Toronto between September 9th and 19th check out TIFF's official website here.