How are Satoshi Kon and Frank Capra's "It's a Wonderful Life" related? 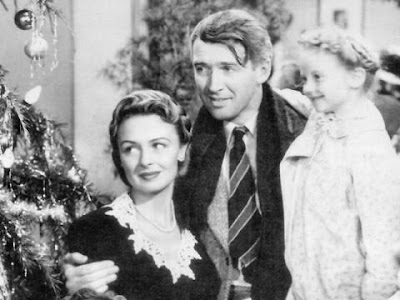 It's been three weeks since the death of animator Satoshi Kon and the Japanese film community still really hasn't recovered from the shock. As we had reported at the time Kon, the director of such contemporary anime classics as "Perfect Blue" and "Paprika" was claimed by cancer, pancreatic cancer as it was soon revealed, at the tragically young age of 47.

The speculation as to what films Kon would have brought us in the decades that were so cruelly taken away from him will go on for years of course, but Anime News Network has posted a list of films that may give us some tantalizing clues to these lost masterpieces. Kon had assembled a list of 100 films that he insisted was not meant to act as any best of list, but simply films that were important in discussions between him and his animators at MADHOUSE, the animation studio that produced the majority of his work.

What films inspired and provoked discussion amongst Kon and his crew? The ten films that topped his list were as follows: It's a Wonderful Life (1946, Frank Capra), Lawrence of Arabia (1962, David Lean), A Clockwork Orange (1971, Stanley Kubrick), Star Wars (1977, George Lucas), The Godfather (1972, Francis Ford Coppola), Gone with the Wind (1939, Victor Fleming), American Beauty (1999, Sam Mendes), Pulp Fiction (1992, Quentin Tarantino), Brazil (1985, Terry Gilliam), Batman Returns (1992, Tim Burton) and Little Miss Sunshine (2006, Jonathan Dayton/Valerie Faris). There's definitely some surprises there, but one can easily see how films like "It's a Wonderful Life", "Pulp Fiction" and "Brazil" would have fit neatly into Kon's reality-bending oeuvre. Still, we will sadly just have to continue to guess what might have come... Sigh.
Posted by Chris MaGee at 5:27 PM