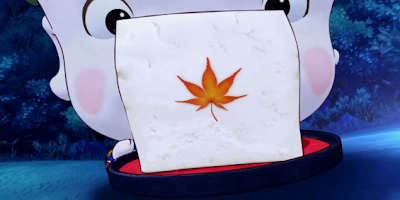 If you have already read Matt Alt and Hiroko Yoda's fun guide to Japan's mischievous and sometimes downright dangerous supernatural beasties, the yokai, titled "Yokai Attack!: The Japanese Monster Survival Guide" then you have already become familiar with the Tofu Kozo. According to Alt and Yoda's account Tofu Kozo manifests itself as "a small boy dressed in traditional clothes armed with but a single weapon: a jiggly block of tofu on a plate." Despite this yokai's unassuming appearance humans should avoid the Tofu Kozo's tempting bean curd treat because a single bite can either poison you or even transport you to the magical realm of the yokai.

Thankfully the Tofu Kozo at the center of a new 3D computer-animated film being produced by Warner Bros. Japan doesn't harbour any sinister intent. Based on Natsuhiko Kyogoku's childrens' novel "Tōfu Kozō Sugoroku-dōchū Furidashi" this new film will feature a little Tofu Kozo whose only goal is to crack the riddle of his own existence, but to do so he must travel through the world of his fellow yokai spirits. The trailer that is streaming over at the official site that Warner Bros. Japan has set up for "Tofu Kozo (Tofu Boy)" is pretty darn cute, so make sure to check it out, especially if you have little ones at home.

Japanese audiences can expect to see "Tofu Kozo (Tofu Boy)" in theatres at the end of April 2011, just in time for Golden Week family celebrations. Thanks to Anime News Network for this piece of news.
Posted by Chris MaGee at 3:48 PM