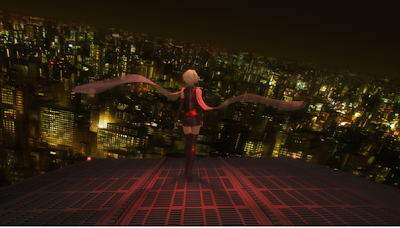 Mamoru Oshii is a man that knows and appreciates the roots of anime and manga. As we'd reported before the 59-year-old director of such films as "Ghost in the Shell" and "The Sky Crawlers" has already been working on updating Mitsuteru Yokoyama's manga "Tetsujin-28" for an upcoming screen appearance, but now Anime News Network is reporting on how Oshii is planning to breath new life into a classic manga.

Oshii and the animators at production I.G. are apparently putting the finishing touches on a 5-minute animated short based around Shotaro Ishinomori's classic manga "Cyborg 009". The original manga, which chronicles the adventures of nine humans who are turned into cyborgs by an organization called The Black Ghost Society, originally ran in publications like Shinen Weekly and Shonen Jump from 1964-1981 and over the years has been adapted multiple times in animated series and films. Oshii's "Cyborg 009" will take the series into even more cutting edge sci-fi territory and it will be done using cutting edge digital animation. Just check out the promotional still above to get an idea of what we mean. Fans of Oshii's films will also be happy to hear that this short film will have music provided my long-time Oshii collaborator Kenji Kawai.

Oshii's completed "Cyborg 009" short film will be screened as part of the CEATEC Japan 2010 trade show at the Panasonic booth on October 5th, but with Oshii's track record of working and reworking ideas we would not be in the least bit surprised if we see more "Cyborg 009" projects coming in the future.
Posted by Chris MaGee at 9:44 AM