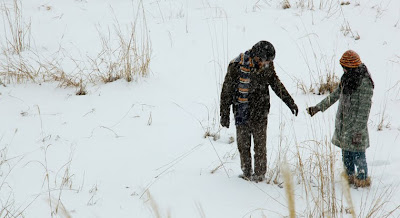 One film that really divided audiences at last year's Toronto International Film Festival was Tran Anh Hung's adaptation of Haruki Murakami's novel "Norwegian Wood". If any of you read my review posted during TIFF you'll know that I was not a huge fans of Hung's take on Murakami. Still "Norwegian Wood" was a film with a lot to admire on a technical level. One of the key strengths of the film was the gorgeous score composed by Radiohead guitarist Jonny Greenwood (and performed by the BBC Concert Orchestra and the Emperor Quartet), so it's very good news that the score for the film will be released on CD in the United Kingdom on March 7th. This CD release will come only five days before the theatrical release of "Norwegian Wood" in Uk theatres on March 11th.

Sample a little bit of the moody score by Greenwood below, and thanks to NME.com for this piece of news.