Tetsuya Nakashima's "Confessions" gets one step closer to Oscar glory 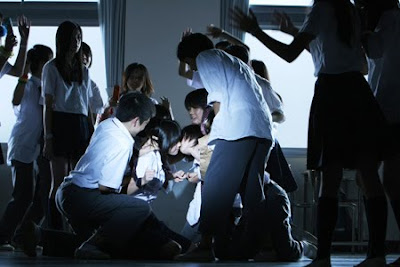 There were quite a few Japanese film fans and industry insiders who were very excited in September when it was announced that Tetsuya Nakashima's "Confessions" had been selected to represent Japan in the Best Foreign Language Film race at the 83rd annual Academy Awards. At that point though Nakashima's dark tale of revenge was just one of 66 films submitted to the Academy of Motion Picture Arts and Science for the category. That changed this past week though when it was announced that "Confessions" had survived the whittling down process to join nine lucky films in the short list for Best Foreign Language Film.

"Confessions" may (or may not) be the next "Departures". Nakashima's film has some stiff competition amongst the other eight films in the short list. Those include “Outside the Law” (Algeria), “Incendies” (Canada), “In a Better World” (Denmark), “Dogtooth” (Greece), “Biutiful” (Mexico), “Life Above All” (South Africa), “Even the Rain” (Spain) and “Simple Simon” (Sweden). Feel free to speculate on the chances of "Confessions" below in the comments, but we'll get a clearer picture this coming Tuesday morning when the final five films in the Best Foreign Language Films category are announced along with the full list of Oscar nominations.
Posted by Chris MaGee at 10:27 PM