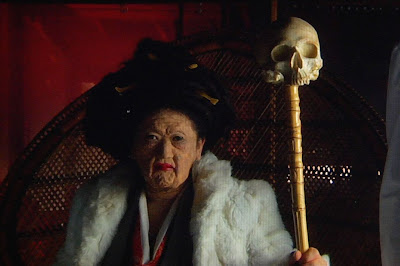 There have probably been more than a few of you out there wondering what happened to us here at the Pow-Wow since our Day 4 Nippon Connection Update. Well, Marc and I are home safe, but both of us hit the ground running, Marc with a number of writing duties for a couple of online and upcoming print publications and myself with teaching, writing and some heavy duty work on the 3trd annual Shinsedai Cinema Festival taking place this July in Toronto. So, while it may have seemed like ages since we last posted in Germany the time has zipped by for us. Our apologies.

I can assure you that in these past few days both Marc and I have been fondly reliving moments from the 11th annual Nippon Connection Japanese Film Festival. It's a scary thought that this year's festival nearly didn't happen, but thankfully the 5-day event went on without a hitch and the recent focus on Japan in the world media seemed to have brought more people out than ever to see some great films. 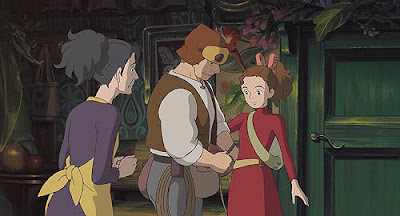 The festival wrapped last Sunday with the closing screening of Keiichi Hara's animated feature "Colorful" before which the Nippon Connection Audience Award and the Nippon Visions Award winners were announced. There was a lot of speculation about what would take the Audience Award this year. Normally Frankfurt audiences prefer the crowd-pleasing comedies, so both Marc and I (as well as a while pack of other folks) thought that Yoshimasa Ishibashi's zany comedy "Milocrorze: A Love Story" would take the prize. It turns out that the power of anime trumped laughs, though, and the 2011 Audience Award went to Sttudio Ghibli's latest film "The Borrower Arriety" directed by Hiromasa Yonebayashi. It makes sense. The screening for the film was one of the hottest tickets at the fest, and given that fans of Studio Ghibli tend to be of the rabidly loyal variety it's easy to see them giving this story of a miniature girl "borrowing" things from the world of humans top marks. The runner up for the Audience Award would have been more typical of past winners though. I was in the screening of Renpei Tsukamoto's comedy "Wig" and the audience was loving every minute of the slapstick story of a man with a hair piece. I have to admit that I thought the film was average at best, but "Wig" ended up coming in second for the fest's top prize.

Meanwhile the jury for the Nippon Visions competition, Midnight Eye's Tom Mes, The Hollywood Reporter's Maggie Lee and author and journalist Rüdiger Suchsland awarded the second annual Nippon Visions Prize to Go Shibata's Kyoto-set mind-bender "Doman Seman" (Top) , plus gave a special mention to Tokyo University of the Arts alumni Reiko Ohashi's "Door to the Sea". Jury member Tom Mes later revealed that "Doman Seman" came ahead of the pack for the jury because of its boundless energy and the fact that it was brave enough to challenge, and in some cases annoy, an audience.

So, now sitting in my living room in Toronto I find myself looking towards next spring and another Nippon Connection. We'll be there and we hope you'll be reading our updates once again. For now we'll leave you with one of the hilarious episodes of "Meat or Die", the animated series created by Tai Murayama. Enjoy!