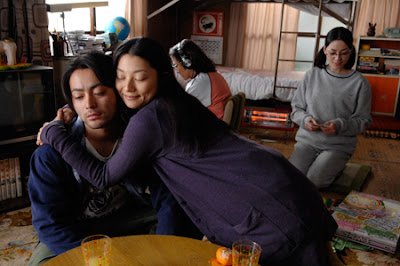 This summer is turning into a feast of Japanese films for North American cinephiles. Not only do we have the Shinsedai Cinema Festival in Toronto and the New York Asian Film Festival both happening next month, but the Big Apple also has a fantastic line-up of films coming in July with the Japan Society's Japan Cuts festival.

Programmed by Samuel Jamier the fest is not only co-presenting a number of films with NYAFF, including Yoshimasa Ishibashi's "Milocrorze: A Love Story" and "Osamu Tezuka's Buddha: The Great Departure", but it has an astounding array of features that represent some of the best of what Japan is offering to film fans at home and abroad.

There's so much more that Japan Cuts has in store for New York audiences, so head to their official website here and get ready for some great films between July 7th and 22nd!