The stars and director of "Shall We Dance?" reunite for an untitled medical drama 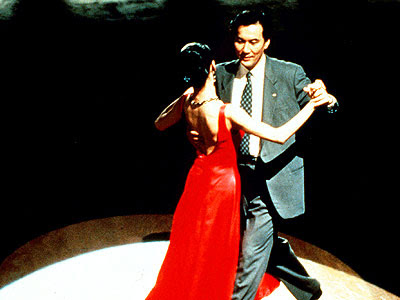 One film that continues to capture the hearts and minds of Japanese film fans 15 years after its release. That would be Masayuki Suo's romantic comedy "Shall We Dance?" This film (above), about a Tokyo salaryman who escapes his dreary day-to-day existence by secretly taking ballroom dance lessons, became the highest grossing Japanese film to screen in North America in 1997. Much of the film's success is due to its lead stars, Koji Yakusho and actress Tamiyo Kusakari. While both have gone on to great success they have never appeared on screen together since Suo's landmark film. Well, now that's about to change.

According to Tokyograph the two stars will not only reunite with each other, but also with director Masayuki Suo for Suo's upcoming yet-to-be-titled medical drama based on the short story “Tsui no Shintaku” by author Tatsuki Saku. In the film Kusakari stars as a doctor who is faced with caring for a seriously ill patient, played by Yakusho, who insists that he not be given life support. Yakusho and Kusakari will be joined in Suo's film by Tadanobu Asano (as a doctor romantically involved with Kusakari's character) and Takao Osawa as a lawyer.

You may recall that Tamiyo Kusakari reunited with director Masayuki Suo last year in his dance film "Dancing Chaplin" (read our original report here), but this news of Yakusho joining the two for another project will definitely make this untitled project, set for release in Japan next year, one of 2012's biggest buzz films.
Posted by Chris MaGee at 6:17 AM