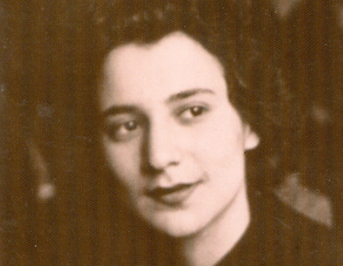 Beate Sirota Gordon. If you haven't heard the name you are forgiven, but if you want to understand the Japan of today Sirota Gordon's is a name that you should become familiar with. Now a new documentary, which screens November 17th at the Japan Society New York, explores not only the life of Beate Sirota Gordon, a woman who shaped the ideological and political life of modern Japan.

Sirota Gordon (above circa the1940's), the daughter of pianist Leo Sirota who taught at Tokyo's Imperial Academy of Music during the early 20th century, was only 22-years-old when she was enlisted by U.S. General Douglas MacArthur to assist in drafting Japan's post-war constitution. It was Sirota Gordon who was responsible for drafting the clause that would give Japanese women equal rights, including the right to vote.

Now the life of this fascinating and important woman is the subject of a 93-minute documentary titled "The Sirota Family and the 20th Century" directed by filmmaker Tomoko Fujiwara. If you are lucky enough to be reading this in New York City then you not only have a chance to see the film on the 17th, but Beate Sirota Gordon, now 87, will be introducing Fujiwara's film personally and be in attendance at a post-screening reception. You can find out more details on this very special screening of "The Sirota Family and the 20th Century" at the Japan Society Film Program website.
Posted by Chris MaGee at 6:15 AM