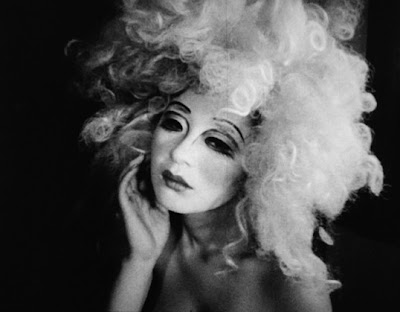 We've said it more than once here on the J-Film Pow-Wow, and we'll say it yet again: Shuji Terayama is a Japanese filmmaker who is still sorely under-screened and under-appreciated in North America. Yes, we understand that the shocking sexual nature of his 1970 debut film "Emperor Tomato Ketchup" (above), which deals with themes of childhood sexuality, may keep Terayama far from the mainstream in the U.S. and Canada; but the poet-turned-playwright-turned-avant garde filmmaker has a wealth of other films, some just as shocking but all of them entirely fascinating. To be fair, their have been various issues with Terayama's estate that have prohibited his films from being widely screened since his death in 1983. Now, though, audiences in London will get a chance to see an extensive retrospective of Terayama's film works at The Tate Modern.

Running from March 16th through March 25th the Tate Modern will be screening seven separate programmes of Terayama's feature and short films curated by artist Thomas Dylan Eaton. These programmes will include the aforementioned "Emperor Tomato Ketchup", as well as 1971's "Throw Away Your Books, Let’s Hit the Streets" (the NSFW trailer is below) and 1974's "Pastoral Hide and Seek". Audiences will also be able to catch rarely screen films such as 1975's "A Tale of Smallpox", 1962's "The Cage" and Terayama's video letters to and from poet Shuntaro Tanikawa.

Cick here to get full details on how you can catch this amazing Shuji Terayama retrospective this month in London.