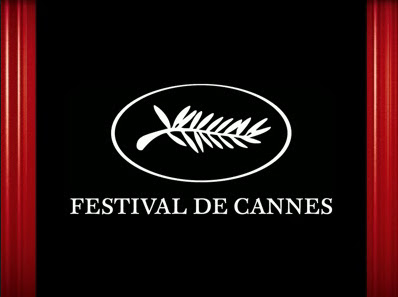 This past Thursday, April 19th, the main section lineups for the 65th Cannes Film Festival were finally revealed, sating film fans' curiosity about what new works would be appearing on the Croisette this year. While there is an abundance of treats for lovers of arthouse cinema from all over the world (new works from Anderson, Resnais, Loach, Mungiu, Reygadas, Vinterberg, Cronenberg, Haneke and more!) Japanese cinema has only a small handful of representatives...but what will be showing up looks quite special. Firstly, in the Un Certain Regard section there is "11.25 The Day He Chose His Own Fate," Kôji Wakamatsu's portrayal of the famous incident in 1970 in which renowned writer Yukio Mishima stormed the Ministry of Defense in Tokyo in a failed attempt to ignite a rebellion and committed seppuku. This film is the latest effort in what is turning out to be a very impressive late-career run for Wakamatsu, who has recently enjoyed acclaim for such works as 2007's "United Red Army," 2010's "Caterpillar" and this year's "Petrel Hotel Blue," which was recently featured in the Japan Society's "Love Will Tear Us Apart" series in New York. Meanwhile, the festival's Midnight Screening section will include Takashi Miike's newest film "The Legend of Love & Sincerity," based on a manga by Ikki Kajiwara. Those who are intrigued can check out the film's visually impressive trailer at the film's MUBI page.

While it seems that will be it for Japanese-directed films, it is also certainly worth mentioning that Iranian director Abbas Kiarostami's "Like Someone in Love," his new film set in Japan which we have been following, is part of the Competition lineup for the much-coveted Palme d'Or. The delightful teaser trailer, which was previously posted online only to be removed shortly after, can now be viewed once more - we've included it below:

Looking beyond Japanese cinema, it is nice to see other areas of Asian cinema included in this year's lineup. Among the honoured filmmakers of interest in that respect are South Korea's Hong Sang-soo ("In Another Country") and Im Sang-soo ("The Taste of Money"), India's Ashim Ahluwalia ("Miss Lovely"), China's Lou Ye ("Mystery"), Kazakhstan's Darezhan Omirbayev ("Student") and Thailand's Apichatpong Weerasethakul ("Mekong Hotel"). It certainly looks like this will be one of the more fascinating years at Cannes, and we eagerly look forward to following news and reports from the south of France once the festival (which will be held between May 16th and the 27th) gets underway.

Many thanks to the MUBI Notebook for its comprehensive roundup.
Posted by Marc Saint-Cyr at 12:52 PM

There are various do-it-yourself devices in the marketplace, and one inexpensive choice is definitely the CarMD auto diagnostic tool that won't expense you and arm and a leg like other gadget could possibly.

This is the perfect blog for anyone who wants to know about this topic. You know so much its almost hard to argue with you.launch x431 update for mast gx3 diagun

However the repeated references to Windows RTC (real-time clock) in all probability aren?ˉt correct. Prior versions of 3DMark (a system impacted by this errata) have all relied on HPET, windows 7 enterprise activation key not RTC. HPET was introduced in Windows Vista; it polls at 14MHz as opposed to three.2MHz and was expected for operating 3DMark 11. It?ˉs extremely unlikely that Futuremark returned to applying the old RTC instead of the newer HPET typical.

Get professional trading signals delivered to your mobile phone daily.