Nippon Connection Coverage Ahead on the Pow-Wow - Stay Tuned! 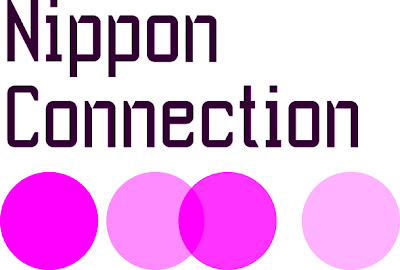 It is that time of year again: Pow-Wow editor-in-chief Chris MaGee and I will once more be shortly heading over to Frankfurt, Germany to catch one of the biggest Japanese film festivals out there: Nippon Connection. Celebrating its 12th year, the festival will be bringing a fantastic variety of new and exciting films from established directors (including Kaneto Shindo, Nobuhiko Obayashi, Takashi Miike, Toshiaki Toyoda and Shinya Tsukamoto) and emerging talents alike. The festival will be running from May 2nd to the 6th; during those days, I will be providing updates (with fresh photos) every one or two days right here to fill you in on the films I've caught and any other noteworthy observations on my festival experience. Additionally, I will be posting individual film reviews focusing on some of the intriguing selections featured in this year's Nippon Visions section, which consists of work from independent filmmakers and artists. Finally, stay tuned for after the festival ends, when I write up my summative festival report that will describe my overall experience of this year's Nippon Connection.

For those of you asking what Chris will be up to while I'm seeing to all this, I'm pleased to say that he will be quite busy fulfilling his own responsibilities - as a juror! Chris will be joined by filmmaker Yonghi Yang ("Our Homeland," "Sona, The Other Myself") and journalist and author Andreas Platthaus (F.A.Z.) on the jury for Nippon Visions, and with them, will determine which film will be worthy of the Nippon Visions Award, which will provide the honoured director with free subtitling for his or her next film courtesy of Tokyo's Japan Visualmedia Translation Academy (JVTA).

For us, Nippon Connection is always a special occasion for us to get a privileged look at the newest films coming out of Japan and catch up with far-flung friends who share our love and enthusiasm for Japanese cinema and culture in their own corners of the world. This year, we're more excited than ever about what this one-of-a-kind event has to offer, and hope you'll keep checking back here to follow our coverage!
Posted by Marc Saint-Cyr at 9:46 AM

New versions of Windows typically result in problems with more mature apps but this windows 7 professional product key time all over there are already fewer casualties.

I am very happy when read this blog post because blog post written in good manner and write on good topic. Thanks for sharing valuable information. 바카라사이트인포

Its a wonderful post and very helpful, thanks for all this information. 바카라사이트윈