Nobuo Nakagawa film retrospective to be screened in Switzerland 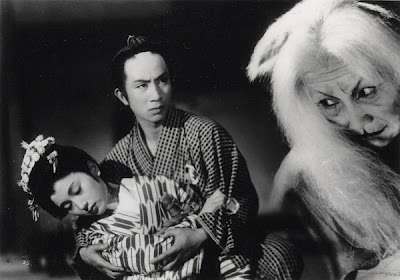 By Chris MaGee
Word from Twitch that this year’s Neuchâtel International Fantastic Film Festival will be screening a retrospective of the films of Nobuo Nakagawa.

The director best known in North America for his films as “Jigoku”, “Snake Woman’s Curse” Nakagawa got his start as an assistant director under Masahiro Makino and went on to incorporate elements of Japanese folk tales into his horror films for Toho. Despite the fact that his films haven’t aged particularly well Nakagawa is unarguably one of the grandfathers of the modern J-Horror movement.

The 7th annual Neuchâtel International Fantastic Film Festival runs from July 1st to July 6th. Check out their official site for more details on the retrospective.
Posted by Chris MaGee at 9:01 AM