REVIEW: No Regrets for Our Youth 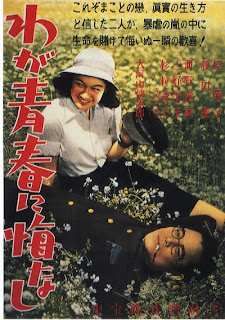 There are many films out there that can be considered epics based not on the size of their budgets or productions, but on the scope of their main characters’ journeys. Such films (which include "O Lucky Man!", "Barry Lyndon", "Oldboy" and "There Will Be Blood") are firmly fixed on a central protagonist and how he/she changes over a long period of time and experience in his/her life. "No Regrets For Our Youth" (1946) is one such film, modest in production scale yet powerfully rendered by Akira Kurosawa when he was just beginning to realize his expressive potential in cinema (this was his fourth solo directorial effort and the first film he made after Japan’s wartime censorship laws were lifted).

At the film’s center is Yukie Yagihara (played by frequent Ozu collaborator Setsuko Hara), the daughter of an esteemed professor at Kyoto University . Coddled and protected in the interior world of her bourgeois lifestyle, she begins her awakening process quite suddenly when the sound of machine gun fire echoes across the pastoral school grounds during a picnic. It is 1933, and social activism is on the rise among intellectuals and students to challenge the government’s oppressive practices. Yukie becomes involved in the political turmoil around her through her relationship with two men: Itokawa, who plays it safe and conforms to the government’s rule, and Noge, who leads a more dangerous life as a strong supporter of leftist socialism. 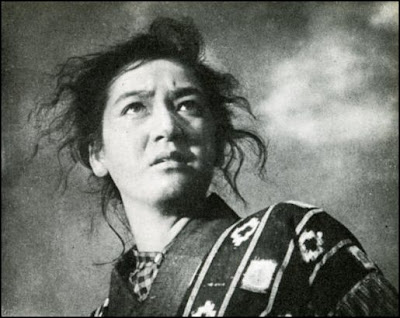 Growing up in this tumultuous period in her country’s history, Yukie is faced with a number of difficult decisions as she embarks on her own path in life. At its core, "No Regrets…" is a simple story about a young person’s yearning for independence and how she receives and adapts to it. In perhaps the film’s most moving scene, Yukie discusses with her father her decision to move away from home, explaining her desire to be free and feel alive. He listens understandingly, but reminds her that she must always be aware of her actions and the responsibility she must take for them. Yet, with the political unrest that takes place at the same time, Yukie’s journey is considerably complicated, taking her in a number of unexpected directions and forcing her to reevaluate her role within Japanese society.

It’s worth noting that this is the only film in Kurosawa’s body of work to feature a woman as the main character. True, one may initially dislike the at-first painfully sheltered and spoiled Yukie and disagree with the various choices she makes throughout the film, but she compensates for these weaknesses later on with a strong independent spirit and a fiery devotion to her beliefs – traits worth celebrating in any female film character (especially one as situated in a male-centric world as Yukie is). Also, this film makes a point of not allowing any easy ways out for its heroine or lacing her story with contrivances. Yukie’s world comes with all of the problems that everyone else has to face during this time, and the fact that she manages to maintain her integrity and discover a sense of purpose for herself despite them is admirable indeed.

While it’s not a perfect film, "No Regrets for Our Youth" contains many elements that make it worth checking out. It provides a fascinating history lesson on the conflicting views of Japan’s people from 1933-1945, and Kurosawa’s gift for visual compositions is certainly present in the depictions of student riots, competently shot interior scenes and, especially, many images in the later half of the film that recall the Soviet cinema of the 1920s and ‘30s. More than anything else, though, "No Regrets…" tells a universal story of self-discovery that is sure to strike a chord with many viewers.

Read more by Marc Saint-Cyr at his blog.
Posted by Chris MaGee at 2:56 PM