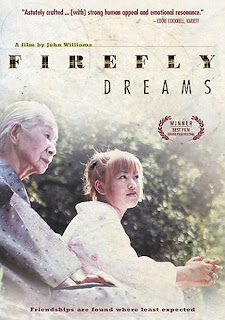 With films like “Battle Royale”, the “Ring” and “Grudge” series, and the films of Miike and Kitano leading the pack in the North American grassroots interest in Japanese cinema it’s gotten to the point where when I tell friends that I love Japanese films they immediately ask “Aren’t they violent?” or “Aren’t all Japanese films weird?” I can’t fault them for that preconception though. North American distributors aren’t in the business of providing a wide and balanced selection of Japanese films, they’re in the business of making money, so it’s more violence, horror and camp in the video stores I’m afraid, but because that’s the case it’s a real surprise to see a film like “Firefly Dreams” (2001). There’s nary a scary Japanese ghost girl or an island full of murderous teenagers in sight, just a simple story about friendship, loss, and one teenager girl’s sometimes painful path to adulthood. What’s even more of a surprise is that “Firefly Dreams” was written, produced, edited and directed by Welsh expat John Williams.

The story is told from the viewpoint of 17 year-old Naomi, a rootless and somewhat rebellious teenager who’s much more interested shopping with her girlfriends and going to clubs than attending high school. Her parents aren’t just having a harder and harder time dealing with her, but also dealing with each other, so when the summer hits Naomi’s dad sends her off to work at her aunt’s inn in the countryside while the two of them work on their marriage. Maybe she’ll benefit from the responsibility, her dad hopes, and it’ll clear her head a little, but being out in the boonies doesn’t agree with Naomi at all who slumps, slouches and sulks her way through the first part of her country exile. What kind of summer is it going to be when she has to bus tables, wash dishes, deal with the dirty old men who stay at the inn and being forced to hang out with her developmentally challenged cousin. Insult is added to injury when her aunt sets her the task of going to check up on Koide-san, an elderly neighbour suffering from Alzheimer’s. What is she going to do with an old lady for hours on end? 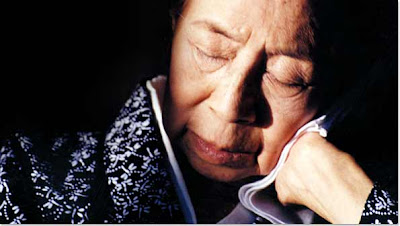 Now, it doesn’t take a psychic to see where this story is going. Despite her lapses in lucidity Koide-san is a feisty and wise old obāsan and it isn’t long before the two women strike up an unlikely friendship with Koide-san seeing her younger self in Naomi and Naomi slowly realizing that Koide-san has lead more of a life than she could ever imagine (including surviving the war, the occupation and having career as an actress). Both women will come to rely more and more on this new found bond as the summer comes to an end and life ( as it often does) becomes much more complicated.

Despite the first half of the film being a tad over sentimental I quite enjoyed “Firefly Dreams”. The performance by newcomer Maho Ukai as Naomi is natural and unaffected and Yoshie Minami, a veteran of the all female Takarazuka troupe as well as Akira Kurosawa’s “Ikiru”, is wonderful as Koide-san. The cinematography is top notch and despite being made by a non-Japanese Williams never gives into temptation to depict Japan as the crazy land of neon, game shows, school girls and violent extremes that most of us “gaijin” expect to see in our Japanese films these days. Bravo!
Posted by Chris MaGee at 4:46 AM