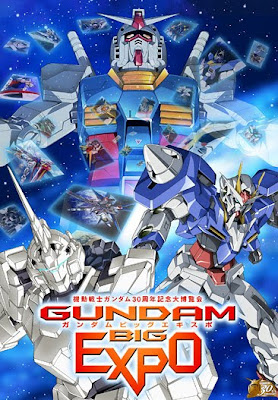 Well, it looks like the news stories for fans of "Mobile Suit Gundam" are really rolling in at the moment. Following yesterday's post about Odaiba's massive Gundam figure and its purpose to promote environmentally supportive projects in Japan is this story from the Anime News Network about the latest "Gundam" short by series creator Yoshiyuki Tomino. Entitled "Ring of Gundam," part of it was shown at Tokyo's Gundam Big Expo event earlier today. The full project will feature a mix of traditional and computer animation methods and is being created by the anime studio Robot, which produced Kunio Kato's Oscar-winning short La Maison en Petits Cubes. A release date has yet to be chosen for the short.
Posted by Marc Saint-Cyr at 11:07 AM