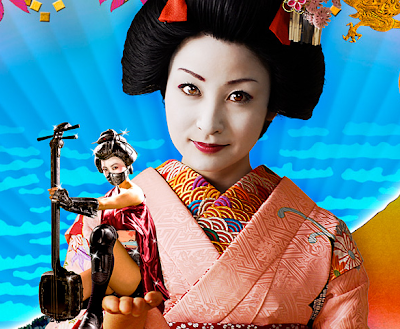 For the past few years us Japanese film fans could rely on a couple of distributors for getting us our fix of our favorite films. On the one hand you could always look forward to getting your classics through the Criterion Collection and San Francisco-based company Viz Pictures has been doing a great job bring new Japanese films to North American DVD while they were still relatively new. Recently a couple of other DVD distributors have been stepping in and stealing the Criterion's and Viz's thunder, namely AnimEigo and Funimation. While the former has been getting their hands on some great classic titles including the first North American release of the Tora-san films and Shohei Imamura's "Ballad of Narayama" and "Black Rain" the latter has stepped in and has expanded their DVD catalogue past their anime mainstays and have brought such contemporary films as Hirokazu Kore-eda's "Hana", and Fumihiko Sori's "Ichi". Now film curator and DVD extra production wizard Marc Walkow has brought us news that Funimation has aquired two hot new films for their live-action catalogue, namely Noburo Iguchi's "Robo-Geisha", the follow up to his cult-hit "The Machine Girl" and Yoichi Sai's live-action adaption of the classic Sanpei Shirato manga "Kamui" that screened at this past Toronto International Film Festival.

There are no specific release dates for either DVD yet beyond the "Coming 2010" that appears on the official pages that Funimation has set up for each film ("Robo-Geisha here and "Kamui" here), but with the one night screening events that Funimation set up for both "Ichi" and Hideaki Anno's "Evangelion 1.0: You Are (Not) Alone" we can only hope that we'll see both of these films pop up on big screens across the U.S. and Canada before they end up on our small screens.
Posted by Chris MaGee at 3:34 PM