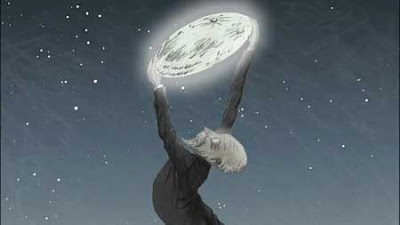 Toronto is going through Koji Yamamura mania this weekend as the Oscar-nominated animator is in town as part of the 14th annual Toronto Reel Asian International Film Festival. Yamamura will not only be at a retrospective screening of his films at the NFB Theatre today, but hew will also be conducting a free masterclass as part of the fest. Now, before all of you across North America get angry at missing the chance to see all of Yamamura's amazing animated shorts you should read on for some very exciting news.

The KimStim Collection, the same folks who have brought the work of such legendary Japanese animators as Osamu Tezuka and Kihachiro Kawamoto to North American Region 1 DVD over the past couple years, have announced via their website that they will be relesing a collection of Yamamura's films on DVD December 7th titled "Franz Kafka’s A Country Doctor & other Fantastic Films by Koji Yamamura". This disc will bring together 15 of Yamamura's animated shorts including his 2002 Oscar-nominated "Mt. Head", 2007's "Franz Kafka‘s A Country Doctor" (above) and 2005's "The Old Crocodile". Along with the films the DVD will include a special introductory essay titled "Koji Yamamura: The Long Cherished Story Book" written by yours truly.

If you're looking to add the work of Koji Yamamura to your DVD collection or want to start your Christmas shopping early then click here to pre-order your copy of "Franz Kafka’s A Country Doctor & other Fantastic Films by Koji Yamamura" today.
Posted by Chris MaGee at 2:19 PM